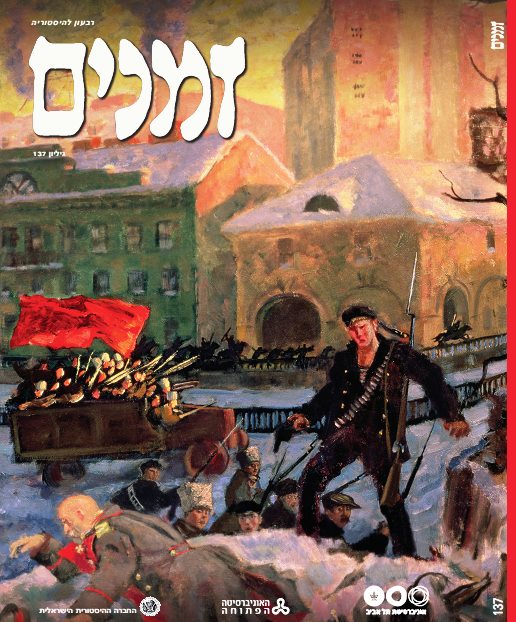 "Zmanim" issue no. 137 - Marking one hundred years to the Russian Revolutions

We are very pleased to announce the publications of the new and comprehensive issue of the "Zmanim" Journal, dedicated to marking one hundred years to the Russian revolutions.

This issue delivers to its readers the current research - in Israel and globally - regarding various aspects of the Russian Revoultions, from the popular image of the monarchy and testimonies of the February Revolution, through the revolutionary labor movement and culture, the role of alcohol in the revolution, and the meaning of revolutionary tribunals - to a look at the Ukranian national movement and the Russian emigration following the civil war.